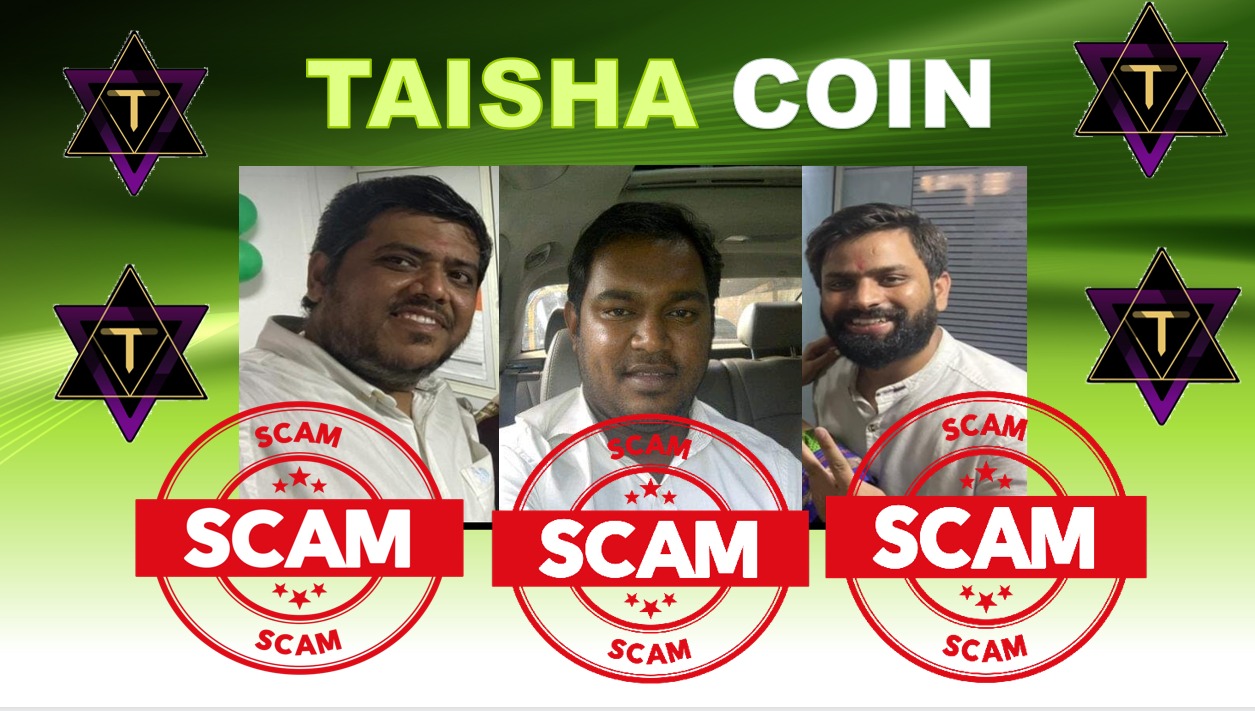 Every day, a massive number of people, including some seasoned crypto investors, fall victim to fraudsters. If you fall into one of their ingenious traps, you may find yourself watching a fraudster walk away with your hard-earned money.

There are occasionally fraud warnings about exchanges. Recently, questions were raised about TaishaCoin authenticity.

Before investing in any cryptocurrency, we recommend that investors do their diligence and understand how the system works.

But is it legit or just a scam? Let’s find out!

Taisha (TAIS) is a Binance Smart Chain based Token that was launched only to defraud people. Founded by a Mumbai-based group of Indian scammers. The overarching goal of TaishaCoin is quite clear: to defraud investors of their hard-earned funds.

Taisha openly states that it is the continuation of SynergyTechLive, an infamous firm that no longer exists after defrauding a large number of participants by abusing its exceptional marketing and persuasive talents to get people to invest in fictitious stock.

Synergytechlive, with the GSTIN 27AZMPB7487R1ZB, is not only a stock market con, but it has also robbed the Indian government (both state and central) of GST collected from its customers.

The Background Check Of The Core Team

Both Rahul Jadhav and Nitesh Vinod Dhakare actively participated in Hashim Basheer’s bogus investment schemes. They have a track record of working for stock market brokers such as Globe, Sharekhan, and Anand Rathi, and have received over 100 customer complaints alleging that they took illegal trades in their accounts and sold them unlisted shares guaranteeing them fantastic profits.

Aside from that, the three have collaborated to manufacture fictitious transaction volumes for stocks such as ThinkInk Pictures.

To mention a few, Aspire Homes (Motilal Oswal Group) and Orchid Pharma. On receiving client complaints, SEBI and the involved brokers might examine the matter.

The notorious team has a long history of successful cheque bounce cases in Mumbai, Thane, and Delhi courts, as well as instances of deception, criminal breach of trust, and criminal conspiracy.

On request, the supporting documentation for the same is accessible.

The fate of the initiative and the money of the investors may be assessed by looking at the background of the core team behind TaishaCoin.

We know precisely how Taisha functions and how it will end because it is built on the same principle as Bitconnect. Taisha doesn’t accomplish anything. It doesn’t have a genuine cryptocurrency; instead, it uses an internal token that can’t be exchanged on a legitimate exchange. The value of the token is set by the perpetrators of the fraud. As a result, they’ll sell you their TAIS token at whatever price they want. You’ll pay them actual money, and they’ll give you a useless token in return. The scam will most likely survive and even pay out profits till there are enough fresh investors.

However, as soon as the Taisha scam becomes unworkable, which is inevitable, the individuals behind it will dump the remains of the TAIS token on the internal exchange to earn as much profit as possible, and then disappear. Users of Taishacoin will be stuck with accounts containing the TAIS token, which will be unsellable and have no value. They probably wouldn’t be able to get their money back since all payments are made in cryptocurrency. That’s how all Ponzi schemes collapse, and Taishacoin will be no exception. It’s only a matter of time before it happens. If cryptocurrencies continue to rise, they may be able to survive for some time, but they may also fall very quickly; it is difficult to predict. You must stay well away from it.

Evaluate emerging teams, their backgrounds, and activity levels to make sure a promising-looking project is on the right track. Confirm that the token is supported by a real, working blockchain that you and others can monitor in real-time. Ascertain that its developers are continually introducing new functionality, resolving issues, and attempting to enhance network performance.

Learn everything you can about cryptocurrency and stay sceptical, and you’ll have a far greater chance of stoppingfraudsters off guard.